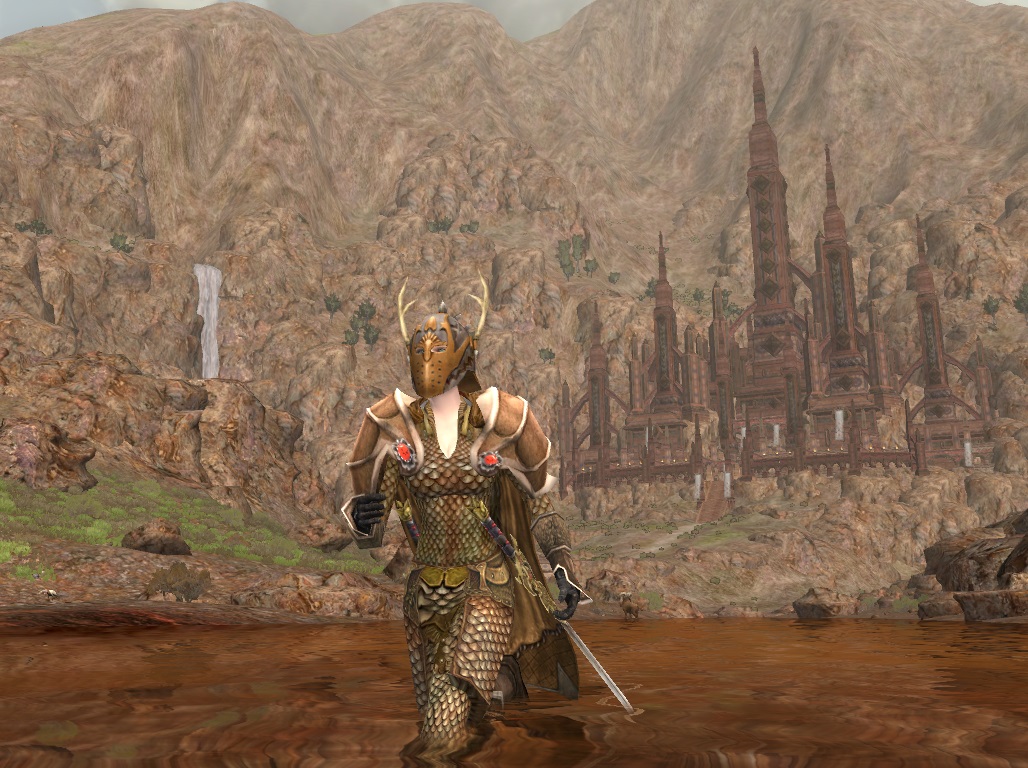 Many long years of hard battle have turned this former maiden into something far more harsh and hard.  Her formerly shiny steel armor shows its age and the stains of many fights.   She keeps her face covered, as her past beauty has faded and she now shows the signs of dire battle, sleepless nights, and friends lost.  She finds that anger often rules her now, even though she was not always this way.   Riding her faithful war-steed across the lands is one of the few enjoyments she finds in this world now.  Perhaps some day she will return home, but for now she must wander alone with her past. 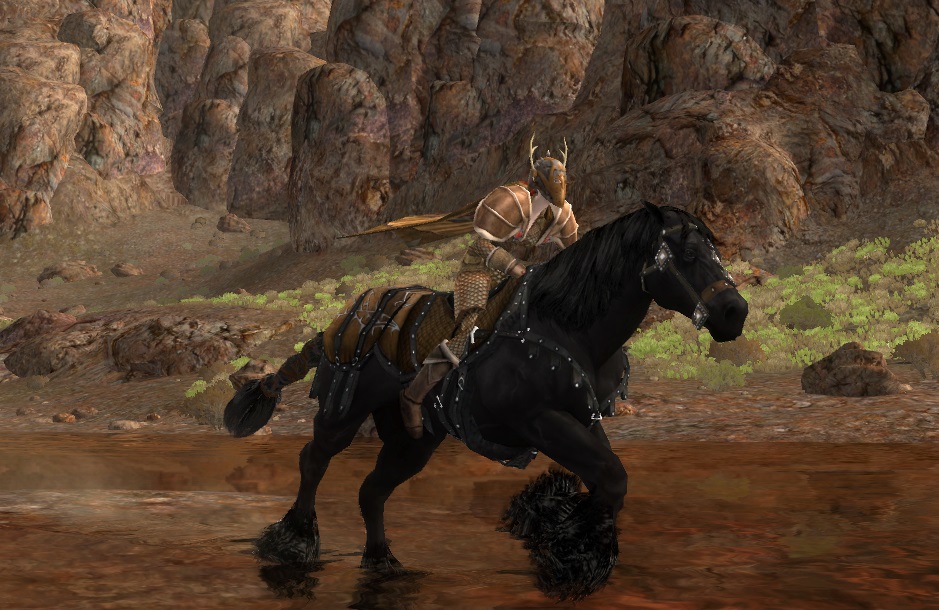 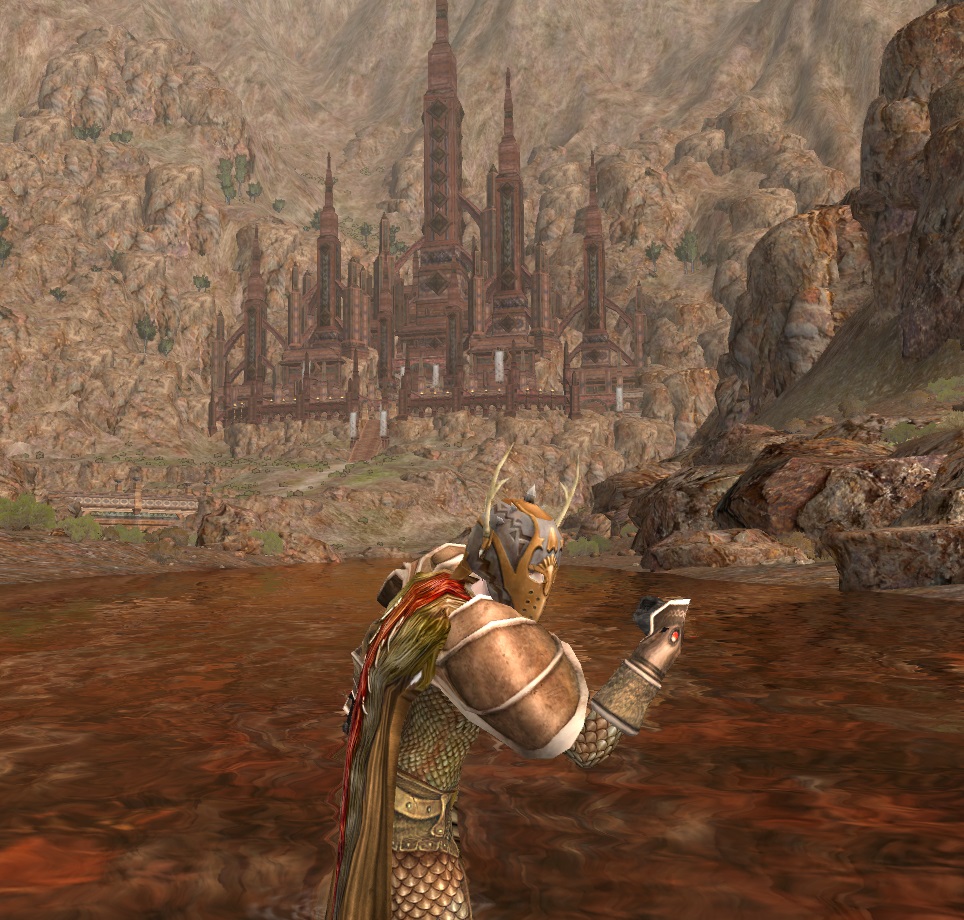 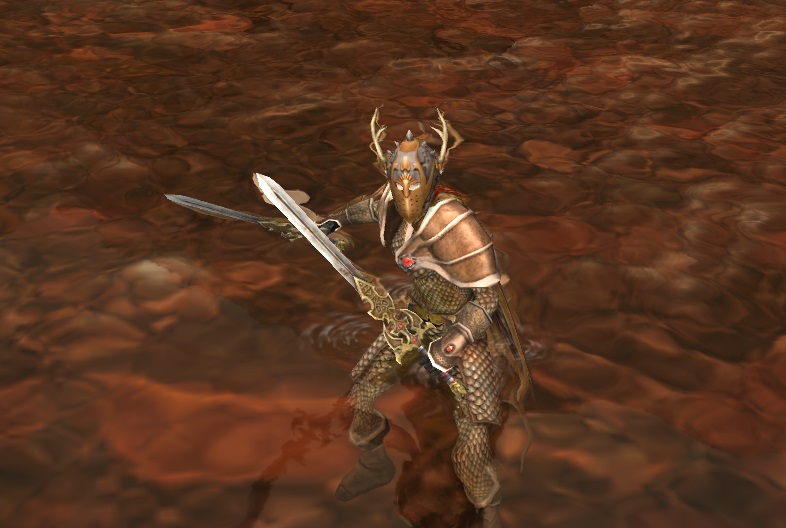 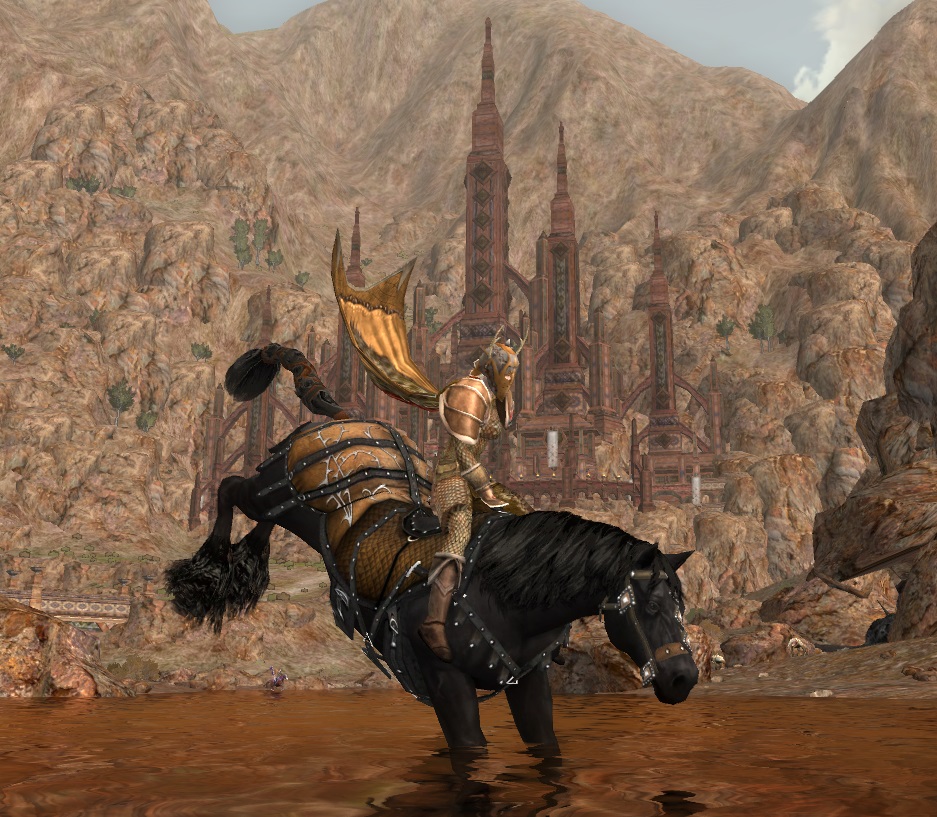 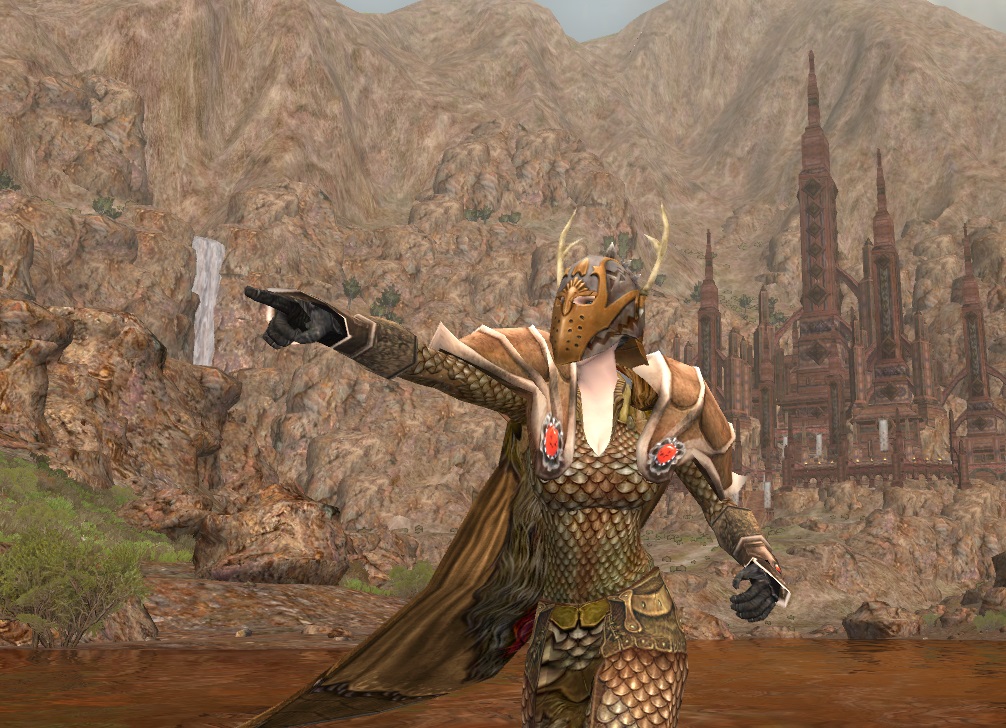 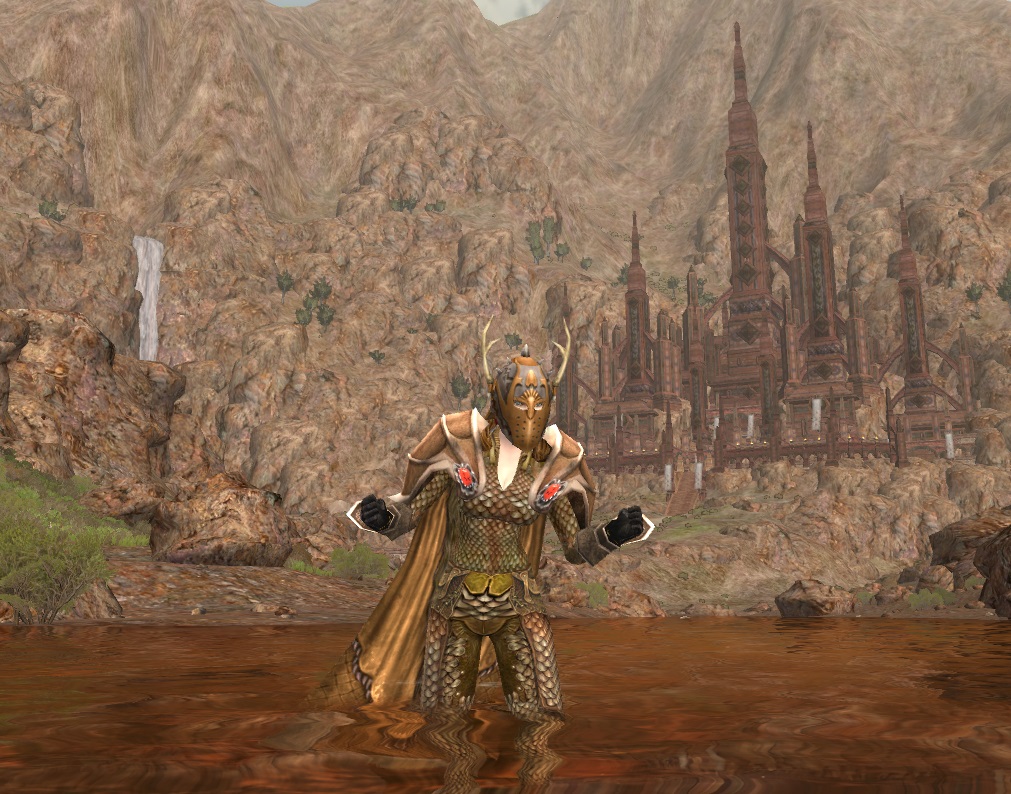 Cloak – Cloak of the Boar in Rust

Harness of the Harbinger in Rust

Head-piece of the Northern Herald in Umber

I thought about setting this somewhere more foreboding, as the tale of the rusted warrioress is not a happy one.   However the faded colors of the Iron Hills coupled with the iron-rich waterways made me settle on there for my location.  The inspiration for this was Karazgar, I find his story a rather fascinating one (and those little piles of rust that are the only signs of him when you first start tracking him).  I hope you enjoyed the screenies, next one up should be a happy hobbit!